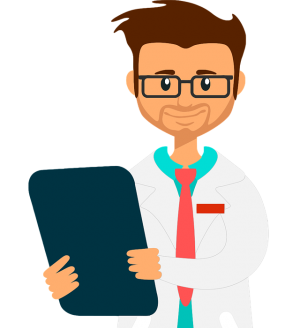 CBD products on sale from London to Los Angeles all have one thing in common – a claim to be non-psychoactive. With studies showing the effects of CBD and the endocannabinoid system on the central nervous system, The Cannavist asks Richard Cunningham, PhD, if CBD is psychoactive after all?

If you have developed an interest in CBD, by now you will be au fait with the comparisons made between cannabinoids in what could only be described as a popularity contest: the most competitive being CBD versus THC.

In case you’re not up to speed on your cannabis compounds, let’s recap. THC stands for Tetrahydrocannabinol and this is the main psychoactive compound which can produce that high feeling of euphoria. CBD on the other hand produces no high and must therefore be non-psychoactive. In theory.

This is not strictly correct. While CBD does not get you high, it can still influence mood and other cognitive functions.

Research has shown that CBD can be an effective treatment for anxiety, through its action upon the central nervous system where there is a presence of endocannabinoid receptors, and in other conditions such as depression, anti-psychotics and the list goes on.

When you see claims of CBD as a non-psychoactive compound, in general regards it is more of a misnomer. People are describing more the lack of any high inducing effect in comparison to that of THC. For more of a scientific description you could say both THC and CBD are psychoactive, however, function in different ways with CBD having no intoxicating effects.

Dr Richard Cunningham has a PhD in medicinal chemistry from Queen’s University Belfast, where he also worked as a post-doctoral researcher. Dr Cunningham has also worked as a research instructor at the University of South Alabama’s Mitchell Cancer Institute. Among his areas of expertise are organic synthesis, nucleosides, nucleotides, cellular biology, vitamins, aminoglycosides, drug delivery, phosphorous chemistry and chemical analysis.

What’s the peel with orange CBD?
Ask the Scientist: Is all CBD is made the same?