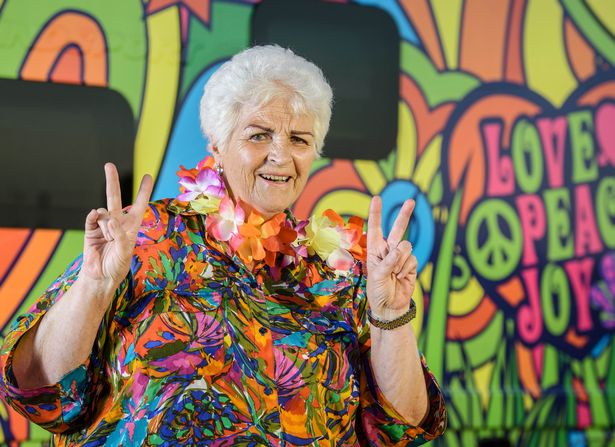 The actress, 77, who played Pat Butcher on the soap, said that she had been unable to work since falling and cutting her shin bone open during a typhoon in Australia earlier this year.

St Clement uses CBD for pain relief but had to cancel her knee replacement in fear of contamination complications.

“I’ve been relying on it quite a bit, and in fact I couldn’t take it in Australia.

The former soap star called for cannabis to be legalised in the UK after trying it for the first time on ITV’s Gone to Pot: American Road Trip in 2017.

She previously told The Sunday Mirror:

“Taking this oil has changed my life. I am no longer in pain.”

“My joints are no longer stiff, I sleep better, almost jump out of bed and walk longer distances”.

“It’s wonderful… it has these amazing properties”.

She credits the ITV documentary for altering her viewpoint on cannabis and has called for further research.

“Gone To Pot changed my life because when I went to America to find out about how cannabis has been legalised in certain states, I also discovered CBD.

“And I have to say that it’s absolutely wonderful.

“Oxford University is doing research into its medicinal properties and we should hurry up with more research.

“Then we can sling it at the politicians to see if they will legalise it.”