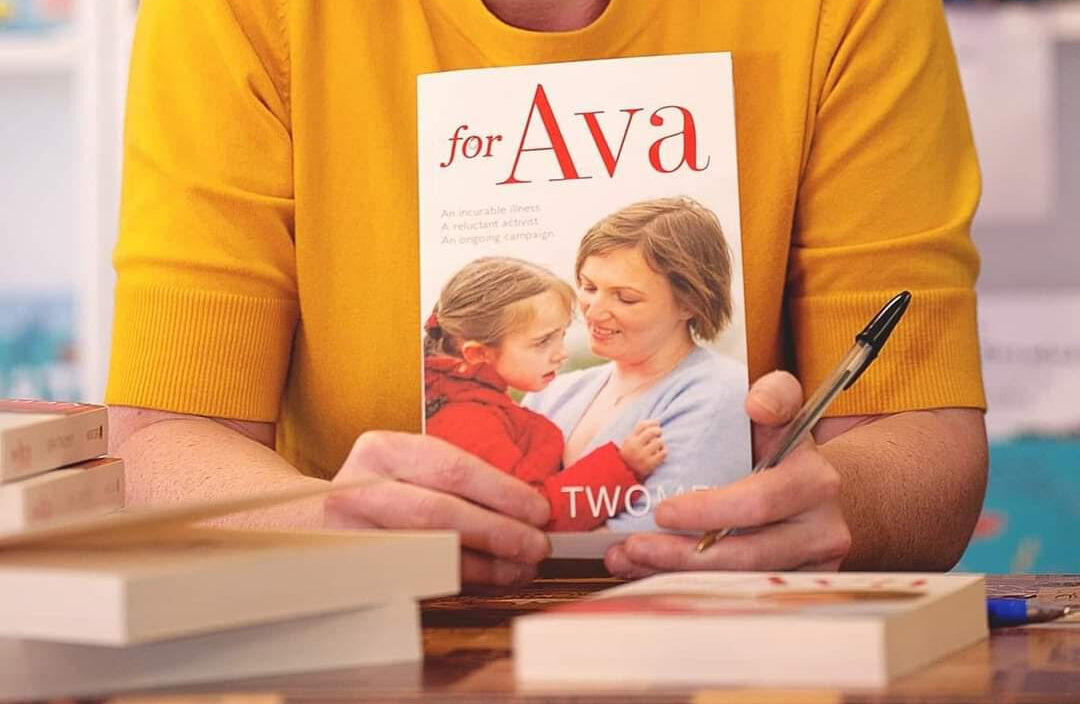 Irish medical cannabis activist, Vera Twomey, has confirmed via social media that she and the health minister are set to meet.

Leading Irish medical cannabis activist, Vera Twomey, has fought a lengthy campaign to secure medical cannabis access for her daughter, Ava, who suffers from Dravet Syndrome. A rare form of epilepsy that can cause daily seizures, affecting one in 20,000 to 40,000 people worldwide.

Ava’s family turned to medical cannabis after experiencing negative side effects with the pharmaceutical options she was prescribed.

“It became clear very quickly that to get the prescription in Ireland for medical cannabis, it was just impossible. You were either going to do one of two things, accept that it was impossible or make it possible. Our options were very clear as we had exhausted a lot of the pharmaceutical avenues and the side effects were so negative.”

Ava’s prescription for medical cannabis was one of thirty licenses in Ireland to be granted prior to the introduction of the Medical Cannabis Access Programme (MCAP) under the former Minister for Health, Simon Harris. However, the new system is showing signs of dysfunction after 18 months in operation. It’s unclear as to what has caused the delay in roll out, but consultants are still unable to prescribe cannabis-based medication to those who need it.

In an interview with The CANNAVIST earlier in 2020, the Irish medical cannabis activist said:

“The system isn’t working and that’s pretty much it. We got cannabis under an individual license as there wasn’t any programme then. The programme came in after the huge publicity surrounding her case as there was a lot of pressure on the government from parents who were aware of the medical properties of cannabis.”

“The introduction of the cannabis access programme undermined the individual licensing system. It wasn’t really a system but how they dealt with the arguments from parents and individuals who fought to get access. When they introduced the programme, the consultants ignored the individual access programme but there were no actual products attached properly so the consultants couldn’t prescribe anything. There was nothing there to prescribe.”

The individual licensing system in place in Ireland before the last administration introduced MCAP meant that families like the Twomeys were permitted to travel to The Netherlands to bring back medical cannabis medications such as Bedrocan.

Bedrocan is not listed as one of the suppliers for the new MCAP scheme. Medical cannabis companies Tilray, CannEpil and Aurora have all met the criteria for use under the new scheme.

Travelling to The Netherlands became an issue for the Twomeys and others when travel restrictions came into force as a result of the pandemic. Health minister Harris announced in May 2020 that families could have their medical cannabis delivered directly to their homes by courier.

To those who had travelled in the past, this was welcome news, but it was also bittersweet as it was felt that the government could have done this from the start.

“We had to leave to go to Holland for the medication every 12 weeks. When they let us come home, they didn’t allow our pharmacy to dispense the medication locally which is just humiliating,”

“It degrades the nature of the medication by forcing people out of the country to collect it as if it is strange or dangerous. Suddenly COVID came and there was a miracle. We could have our cannabis delivered. Not just to our pharmacy but to our backdoor just like that. I remember thinking, they’ve been able to do this the whole time, but they haven’t.”

Patients and parents are also afraid that this enhanced level of access to medical cannabis in Ireland could stop once lockdown lifts.

“The parents that are using medical cannabis are normal people like everyone else. It would be deeply humiliating to have to go back to a situation where you are travelling every 12 weeks. I’m not willing to accept a promise as it needs to be nailed down.”

Over the course of her activism, on her daughter’s behalf, Vera has emerged as one of the leading medical cannabis activists in Ireland.

She has held talks with every health minister in Ireland in recent history, starting with Leo Varadkar when he held the position from 2014 to 2016. A former doctor, Mr Varadkar later went on to be Taoiseach and is now the Tánaiste.

Vera also had the opportunity to meet with Simon Harris, current Taoiseach Micheál Martin and recently confirmed she is to talk with the new head of health Stephen Donnelly.

Does she believe we could see any changes to the system in the next two years?

“I think he’s a thoughtful person. I would be inclined to give him a chance. I think he may be motivated to achieve as much as he can in the period of his appointment. What he is going to do, I don’t know but I’m going to meet him and I’ll do my best with him. I think their hands have to be held when it comes to cannabis as I don’t think they know what to do because it’s so new and fresh. I hope he will listen because the situation at the moment is marginally better than what it was but it’s still very worrying to me.”

Elements of this article originally appeared in Issue 7 of The CANNAVIST which can be viewed here.