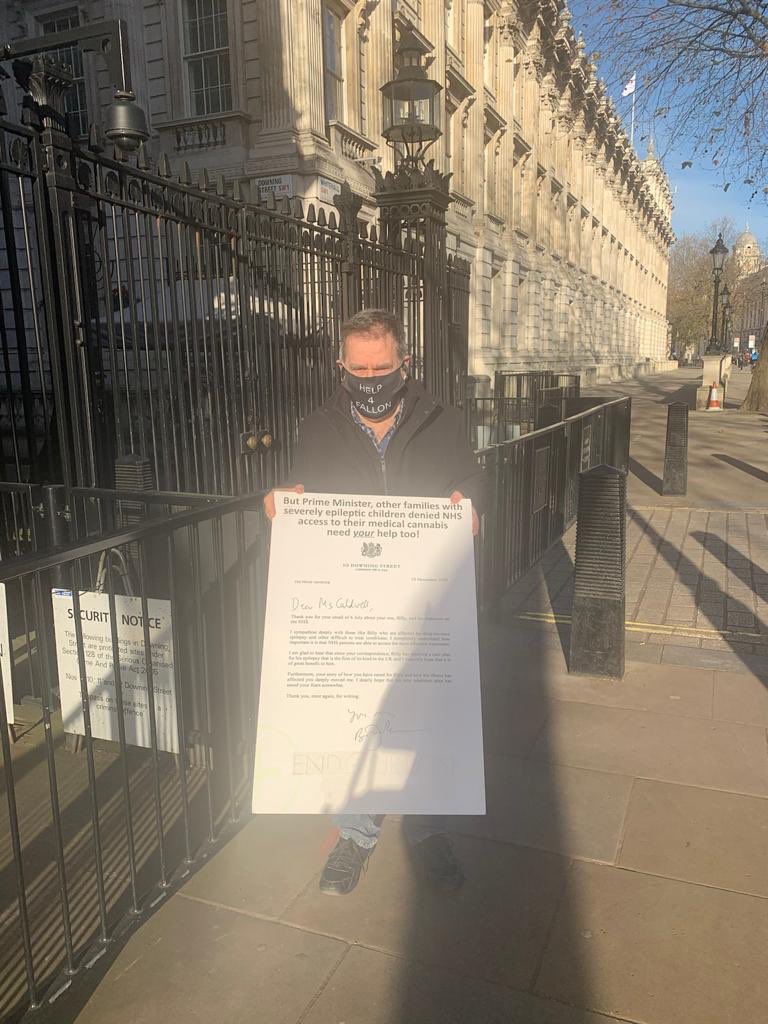 The families of 25 children and young people with epilepsy have written to the prime minister to ask for his help in securing medical cannabis on the NHS.

The families, who have to rely on private prescriptions costing up to £2,500 a month, say that medical cannabis is “proving to be life transforming” for their children.

The families decided to write the letter after the Prime Minister wrote to Charlotte Caldwell, congratulating her for securing NHS access for her son, Billy.

The Prime Minister said in his letter that he “[understood] how important it is that NHS patients are able to access the most effective treatments.”

Joanne Griffiths, who is co-ordinating the families as part of the End Our Pain campaign, said:

“This is a matter of life and death.  When the law was changed we all thought that our children too would be able to secure access to what we have proved is a life-transforming medicine for them. But it was not to be.

“We have fought tooth and nail for our children but have been comprehensively let down by the NHS and the Government.

“It’s all well and good for the Prime Minister to write a congratulatory letter to one family. But if he can write such a letter, surely he can step in and help sort out what is a cruel and total failure in the medical cannabis policy.”

End Our Pain has been instrumental in pushing for wider access to medical cannabis on the NHS, particularly for children and young people with epilepsy.

In September, the mothers of children with epilepsy held a vigil outside government headquarters across the UK.

The campaign is now backed by the charity, Epilepsy Action.

“We urge the Prime Minister to end the suffering of these families and work with them and MPs towards the same goal. There must be a way to access this treatment on the NHS for children with severe epilepsy.

“For many it is a treatment that is already reducing their seizures – something that they feel finally works for their child, after exhausting all other options. Their calls for change have gone on long enough. They have already waited for two years. They cannot afford to wait any longer.”

Many families rely on fundraising to support costly private prescriptions.

However, coronavirus restrictions people’s own financial concerns have made it much harder to raise money.

In May, 10-year-old Teagan Appleby was rushed to intensive care after her parents ran out of money to pay for her epilepsy medication.