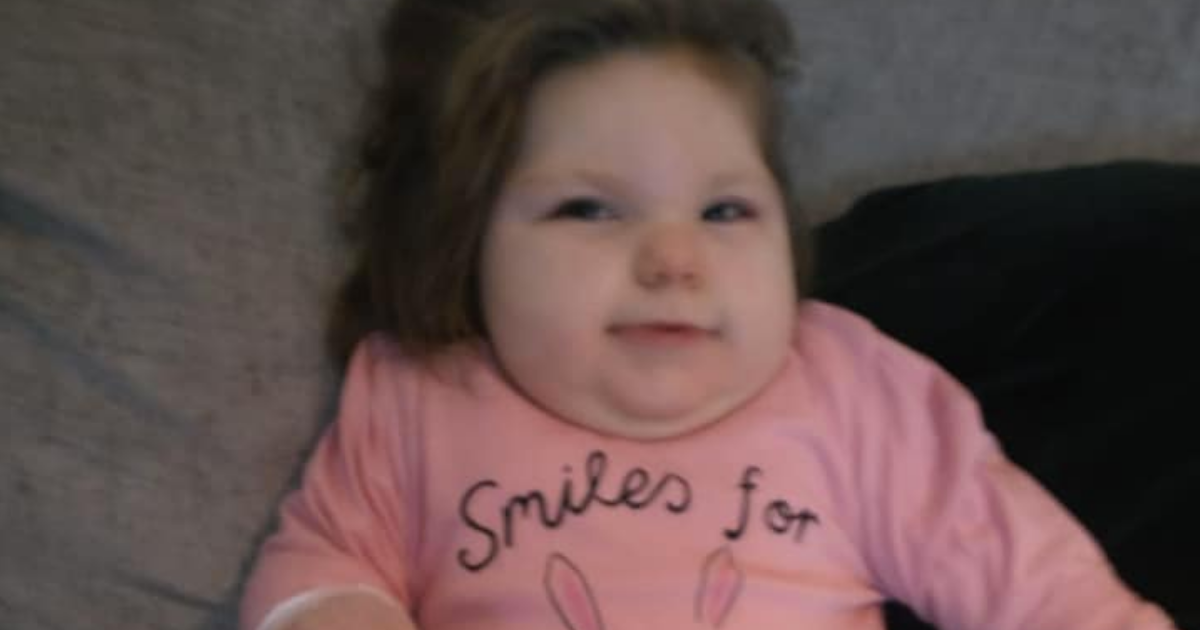 A two-year-old girl from Northern Ireland with severe epilepsy is believed to have become the first child in the UK to be prescribed medical cannabis.

In January, after months of disappointment and frustration, Jorja Emerson’s father Robin collected the first months’ supply of her whole plant medication, since the government made medicinal cannabis legal on November 1 last year.

Robin announced the news on Facebook, having built a growing international interest on the social media platform with families around the world amidst similar struggles supporting Jorja’s case.

It’s a landmark moment for the toddler and her family, and the many other UK families with children suffering from severe epilepsy, in which this news will no doubt instil hope.

In December, Jorja was given a prescription at a private hospital in London after a specialist agreed to prescribe the medicine which is made by a Canadian company.

Jorja’s father said it only came about once the NHS gave written assurances that the specialist’s professional career would not be ruined by helping his two-year old by writing her that first prescription.

The Emerson family come from Dundonald, Co Down, and the toddler has often suffered up to 30 seizures a day, one of which Robin said last 17 hours.

“We’ve spent well over 50 trips in the back of an ambulance in Jorja’s short life.”

The story rings true for several other families in the UK, with the Billy Caldwell and Alfie Dingley cases making headlines throughout 2018.

For families like Jorja’s, one month’s supply of the medication is said to cost close to £1,000. Her father says it is worth every penny, as just three weeks in, her condition is better than expected. However, he hopes the NHS will eventually help in acquiring repeat prescriptions.

Speaking to this magazine three weeks into the first month of the medication, Robin Emerson said:

“We weren’t expecting signs of improvement until five weeks. Her seizures have already reduced, and she is in great form.”

“We are letting bureaucracy get in the way of saving children’s lives. Jorja is entitled to her medication and it’s legal. There should be no issue.”

While others are said to be using cannabis for medicinal purposes throughout the UK, this is the first time a doctor has written a prescription for the drug since it was rescheduled on November 1 last year. That’s according to campaign group End Our Pain, which Robin says have been the family’s “biggest support.”

The movement is currently asking members of the public to sign a petition online, to:

“support the call to change the law to allow doctors to prescribe cannabis where they consider it would help their patients; and for patients to have their prescription honoured at the pharmacy.”

At the time this issue was published, more than 45,000 people had signed the petition.

Via its website, End Our Pain, says that despite the recent changes in the law, the limitations to patients who may be in need of medical cannabis are too restrictive:

“Following the historic change in the law, the NHS has put guidelines out for the prescription of medical cannabis in conjunction with recommendations from the Royal College of Physicians (RCP) and the British Paediatric Neurology Association (BPNA) that are so restrictive that hardly anyone will be able to get a prescription.

Many thousands of patients feel bitterly disappointed. We don’t believe this is what the Home Secretary had in mind when he made the bold decision to re-schedule medical cannabis so that it could be prescribed following the high-profile campaigns of Alfie Dingley and others. This is an outrageous situation.”

Vapouround CBD contacted the Department of Health for comment but did not receive a response by the time of publication.